Blog
You are here: Home1 / Blog2 / Gynaecology3 / Ovulation Disorders that cause Infertility 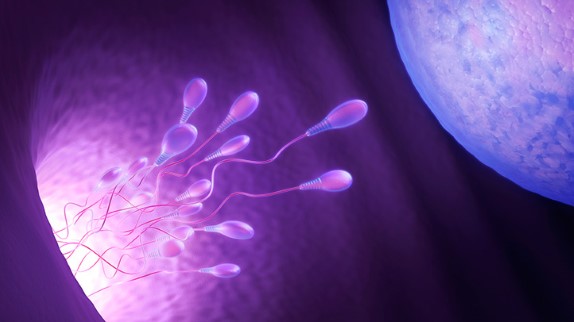 The WHO has described “Infertility” as a global public health issue ; the findings reveal that approximately 10% of women (globally) are affected by this disease. Infertility in women is determined if a woman is unable to get pregnant over the course of one year trying and for those over the age of 35 the duration is 6 months.The percentage of men afflicted with infertility is yet to be determined due to prevailing social ignorance but the WHO believes the percentage is much higher than that of women. Some of Delhi’s best IVF doctors are certain that both men and women contribute equally to all cases of infertility. This article will deal with ovulation disorders, so in case you are looking for treatment for infertility in Dwarka, or Delhi, this article can help. Our fertility centre in Dwarka has successfully treated numerous cases of infertility, and most cases were due to ovulation disorders.

The endocrine system plays a crucial role in the menstrual cycle and the process of becoming pregnant. Some medications, conditions and lifestyle factors, such as being overweight or underweight, affect the hormone levels and can cause irregular hormone production or damage the ovaries, resulting in an ovulation disorder.

The two most common symptoms of disordered ovulation are irregular or absent periods and difficulty becoming pregnant. But most disorders present a unique set of symptoms.

Infertility is caused primarily due to complications arising from ovulation disorders.  Pregnancy cannot occur because the ovaries are unable to produce the  eggs required for the same.

Missing or irregular periods are the most common signs  of ovulation disorders . PCOS (Polycystic Ovarian Syndrome) occurs in women due to hormonal imbalances and is the chief cause of ovulation disorders today. POI (Primary Ovarian Insufficiency) is another reason and occurs before the age of 40 wherein the ovaries stop functioning normally ; this is not to be confused with menopause. Less common causes of  female infertility are diseases like endometriosis and pelvic inflammatory disease (both can cause blockage in the Fallopian tubes), physical issues with the uterus and uterine fibroids.

Some ovulation disorders are diagnosed via examination, medical history and menstrual history. But other disorders require laboratories for blood testing to conclusively diagnose. Based on the symptoms that a woman presents, doctors will test for different hormone levels. If a woman has PCOS symptoms, for example, the doctor will likely test her testosterone and insulin levels to make a determination.

Once diagnosed, most ovulation disorders can be treated with lifestyle changes or medication. A doctor may recommend nutritional adjustment, fertility medications  that supplement missing hormones, or stress reduction.

Women who have irregular or absent menstruation should see a fertility specialist if they are unable to become pregnant within 12 months of unprotected sex with regular frequency (six months if the woman is over 35 years of age).